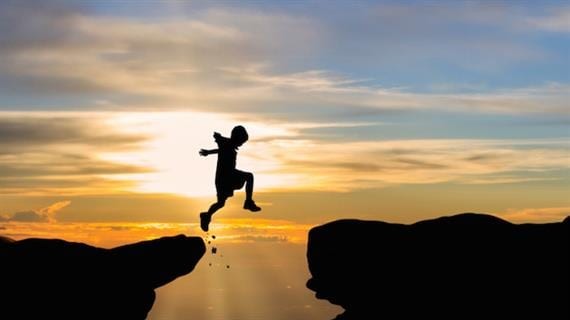 Fundraising as Risk Assessment and Management

A few years ago, Roger Craver started the discussion that was taken up at an AFP International Conference panel moderated by Simone Joyaux with panelists Tycely Williams, Ashley Belanger, and myself. This week, we continue this conversation with Taylor Shanklin in the podcast: Challenging the Sacred Cows of Fundraising. In these discussions, we have aimed to come closer to a better understanding of risk management in fundraising strategy.

In all of these discussions, one thing continues to be clear: most fundraisers and nonprofit practitioners prioritize the tactical over the strategic, the how rather than the why. While theory must lead to practice, the largest failing of our sector is how we collectively think about “best practices.” We tend toward replication rather than iteration, to one-size-fits-all rather than innovation.

Multiple studies have found that people overestimate their ability to influence events that, in fact, are heavily determined by chance. We tend to be  overconfident about the accuracy of our forecasts and risk assessments and far too narrow in our assessment of the range of outcomes that may occur. We also  anchor our estimates to readily available evidence despite the known danger of making linear extrapolations from recent history to a highly uncertain and variable future. We often compound this problem with a  confirmation bias, which drives us to favor information that supports our positions (typically successes) and suppress information that contradicts them (typically failures). When events depart from our expectations, we tend to  escalate commitment, irrationally directing even more resources to our failed course of action—throwing good money after bad.

Fundraisers and nonprofit executives take note: poor risk management has tremendous implications for not only our organizations but also our beneficiaries. As such, I would argue that fundraising in particular is a performance of risk management more than anything else including dollars raised.

While fundraisers are not risk management specialists and Harvard’s model might be more complex than we need today, burying our heads in the sand is not the right answer either.

Here are the three things we, as a sector, need to consider immediately to reverse this course of action that will imperil our missions, undermine our programs, and doom us to irrelevance:

For most fundraisers a very simple risk matrix is sufficient to get you on the road to making better decision. Evaluate two things by either axes or a numerical score: likelihood and magnitude. How likely is something to occur and how big of an impact will it be? How likely will people be to attend your gala and how many dollars per head will they give? Then create a forced choice: what are all the other ways you could raise that same amount of money and are there cheaper, more effective ways to do so?

Ready to get complicated? Consider taking the strategies of zero-based budgeting into zero-based strategy each year: rather than defaulting to whatever was done previously, force yourself and your team to start from scratch justifying each activity. Pick up a copy of Red Teaming as an exercise for you and your colleagues and challenge every assumption.

What other assumptions need to be challenged or critically evaluated in our industry? Are there other subjects in the podcast that need more clarity?